I finally got around cleaning the contacts on my Vectrex game system and cartridges, which had gotten glitchy due to 30+ years of oxidation. I wet some paper towel with rubbing alcohol, wrapped it around a thin piece of cardboard from the back of a notepad, and pushed it between the contacts inside cartridge slot. The cartridges themselves were much easier; I just used rubbing alcohol on cotton swabs for that.

I tested the first cartridge I cleaned (Bedlam) and it worked perfectly; previously I had to prop it up with a stack of magazines to make good contact. Success!

I also found the Minestorm screen overlay, which I thought I had lost. It was hiding in the bag with all the game boxes. 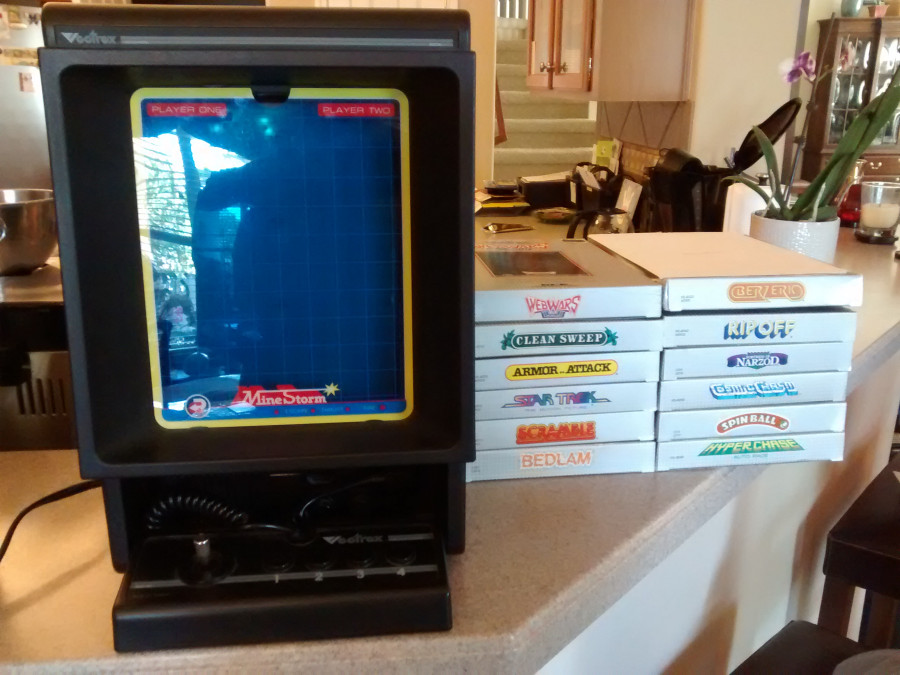 The Vectrex wasn't all that common; its life got cut short by the video game crash in late 1983. I didn't know about that at the time. It was just a cool thing I got on clearance from Lionel PlayWorld in 1984, when I was nearly 11. I got a few other games for it from various places trying to get rid of them and regretted turning down a couple opportunities to get more.